While running iterative algorithms in GraphX, a StackOverflow error will stably occur in the serialization phase at about 300th iteration. In general, these kinds of algorithms have two things in common:

After about 300 iterations, StackOverflow will definitely occur with the following stack trace:

It is a very tricky bug, which only occurs with enough iterations. Since it took us a long time to find out its causes, we will detail the causes in the following 3 paragraphs.

It's easy to come to the thought that the long lineage may be the cause. For some RDDs, their lineages may grow with the iterations. Also, for some magical references, their lineage lengths never decrease and finally become very long. As a result, the call stack of task's serialization()/deserialization() method will be very long too, which finally exhausts the whole JVM stack.

To shorten the lineage, a checkpoint() is performed every N (e.g., 10) iterations. Then, the lineage will drop down when it reaches a certain length (e.g., 33).

After a long-time debug, we found that an abnormal f function closure and a potential bug in GraphX (will be detailed in Phase 3) are the "Suspect Zero". They together build another serialization chain that can bypass the broken lineage cut by checkpoint() (as shown in Figure 1). In other words, the serialization chain can be as long as the original lineage before checkpoint(). 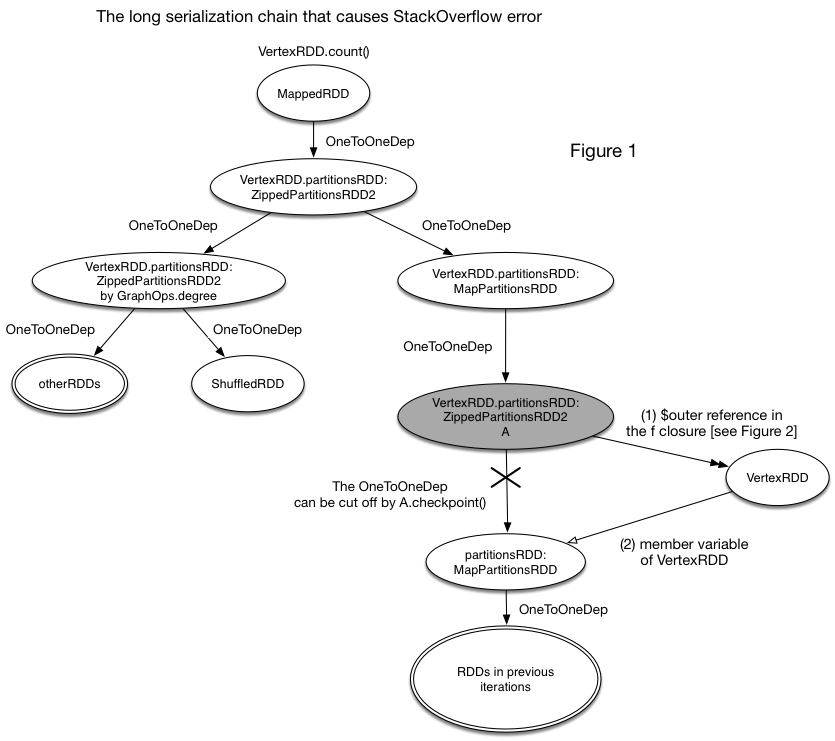 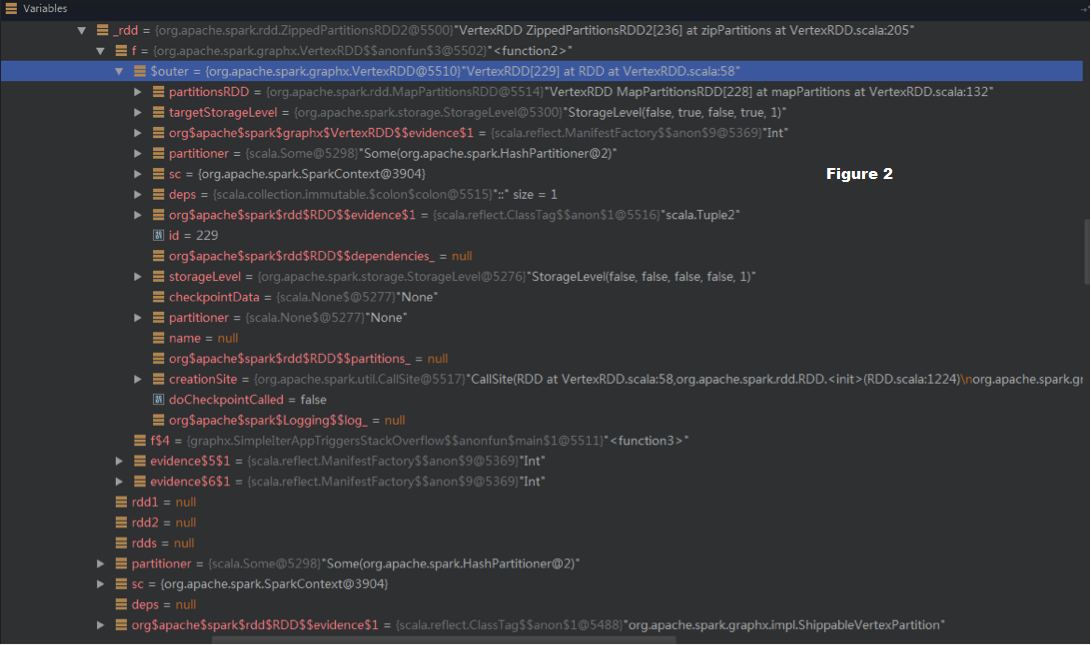 More description: While a RDD is being serialized, its f function

will be serialized too. This action will be very dangerous if the f closure has a member “$outer” that references its outer class (as shown in Figure 1). This reference will be another way (except the OneToOneDependency) that a RDD (e.g., PartitionsRDD) can reference the other RDDs (e.g., VertexRDD). Note that checkpoint() only cuts off the direct lineage, while the function reference is still kept. So, serialization() can still access the other RDDs along the f references.

With this small bug, the f closure itself (without OneToOne dependency) can cause StackOverflow error, as shown in the red box in Figure 3:

comes into shape. As a result, the serialization chain can be as long as the original lineage and finally triggers StackOverflow error. 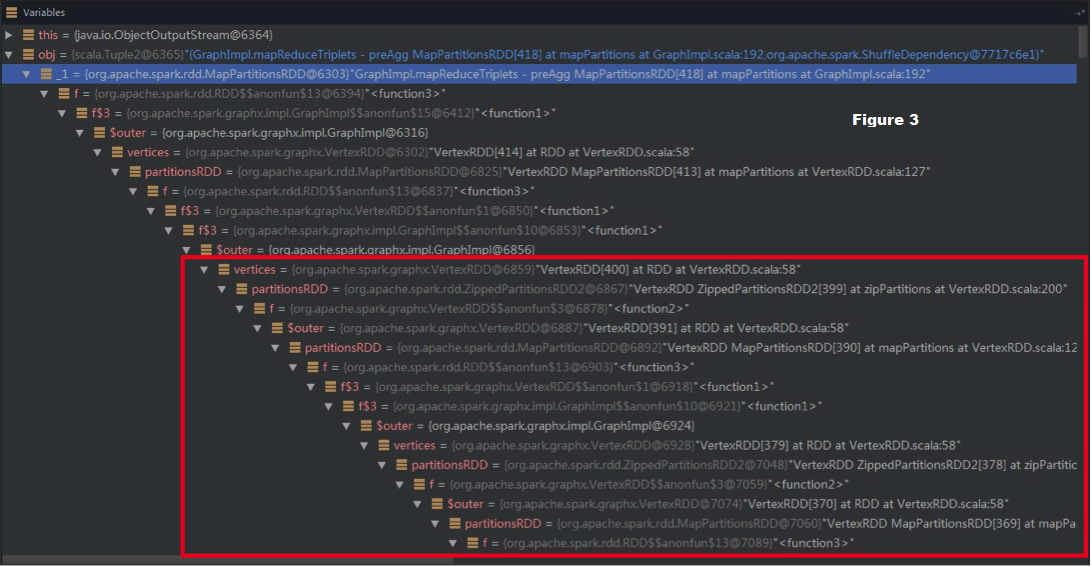 In conclusion, the root cause of StackOverflow error is the long serialization chain, which cannot be cut off by checkpoint(). This long chain is caused by the multiple factors, including:

How to fix this error

We propose three pull requests as follows to solve this problem thoroughly.