This feature request started as a result of a large search that is performed with the following characteristics:

Initial analysis showed that we could have a significant benefit by lazily reading the non-search columns only when we have a match. We explore the design and some benchmarks in subsequent sections.

introduced filters during the read process. However the optimization did not include IO skips of non-filter columns.

We propose that the following take place during the read on a high level:

The read process has the following changes: 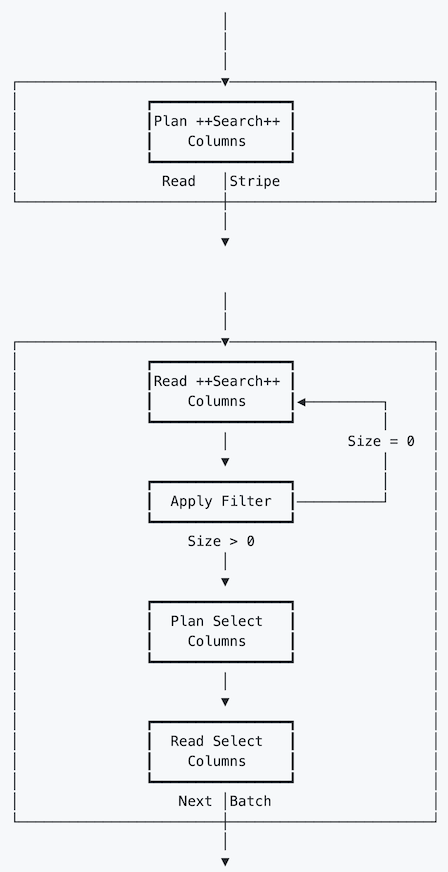 The current implementation performs a single read for the select columns in a stripe.

The above diagram depicts a stripe with 7 Row Groups out of which RG2 and RG5 are selected by the filter. The current implementation does the following:

The read behavior changes as follows with multiple reads being allowed within a stripe for select columns: 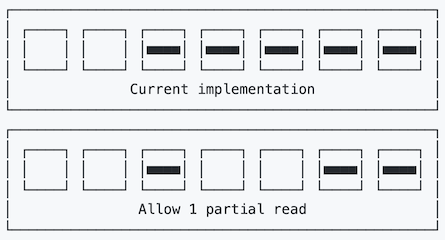 The figure shows that we could read significantly fewer bytes by performing an additional read before reading to the end of stripe. This shall be included as a subsequent enhancement to this patch.

This offers significant savings on IO and CPU in scans that result in very rows as a result of the predicates.

We have seen the following from our tests:

We have observed the following reductions:

ORC-743 Conversion of SArg into Filters, to take advantage of LazyIO