Azure Segment Store offers a way to read the same segments, concurrently in many Oak instances. With a way to coordinate writes, it's possible to implement a distributed node store based on the SegmentNS. The solution will consist of following elements:

As above, every client uses two repositories: shared (in the read only mode) and private (in read-write mode). When a client wants to read the current root, it asks the server for its revision. Then, it looks in the shared repository, reads the segment and creates a node state.

If the client wants to modify the repository, it convert the fetched node state into node builder. The applied changes will eventually be serialized in the new segment, in the client's private repository. In order to merge it changes, the client will send two revision ids: of the base root (fetched from shared repo) and of the current root (stored in the private repo). Server will check if the base root wasn't updated in the meantime - in such case it requests a rebase. Otherwise, it'll read the current root from the private repository, apply the commit changes in the shared repository and update the journal.

gRPC is used for the communication between the server and clients. This is used only for the coordination. All the data are actually exchanged via segment stores. 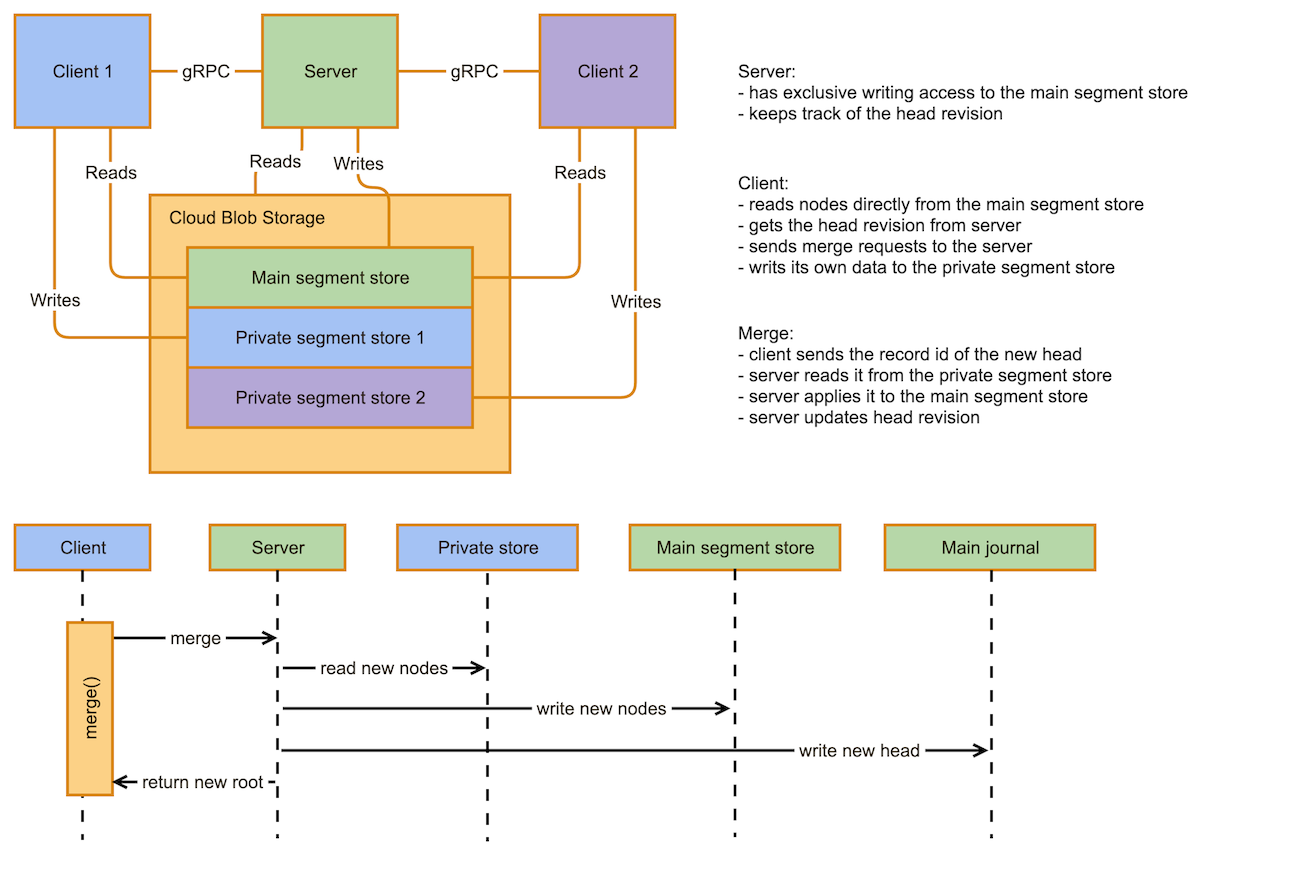 contains the implementation split into 3 parts:

There are also some changes in the oak-segment-tar - new SPIs that allows to read segments with their revisions (record ids) and exposes the revision in the node state.

The gRPC uses Guava 26. I was able to somehow get it running with other Oak bundles, using Guava 15, but if we want to produtize it, we'd need to update Oak's Guava.

There's a new fixture that tests the implementation. It can be run with:

This is prototype. It lacks of the tests and important resilience features: