One thing that struck me while attending Ed Burns' JSF talk[1] about JSF 2.3 at JavaOne 2017 was a comment he made that autocompletion isn't working in Netbeans for JSF 2.3 features. I would describe this as NetBeans 8.2 showing "angry red" for components it doesn't understand, such as f:validateWholeBean.

As in the attached screenshot, an example error is "The component library Jsf Core does not contain component validateWholeBean".

Here's the code from the screenshot: https://github.com/javaee/glassfish-samples/blob/4b3a37500a256bb7d94e2abe273503c9fb017c6b/ws/javaee8/jsf/ee8additions/src/main/webapp/validateWholeBean.xhtml

In the past, NetBeans releases were coordinated with Java EE releases. When Java EE 8 came out, I expected that NetBeans 9 would come out and support JSF 2.3. When we onboard new developers, I would rather not say to them, "It's ok to see angry red like this in NetBeans."

Incidentally, during Ed's talk I asked if he knew if JSF 2.3 is supported by IntelliJ or Eclipse and he wasn't aware if they support it or not. 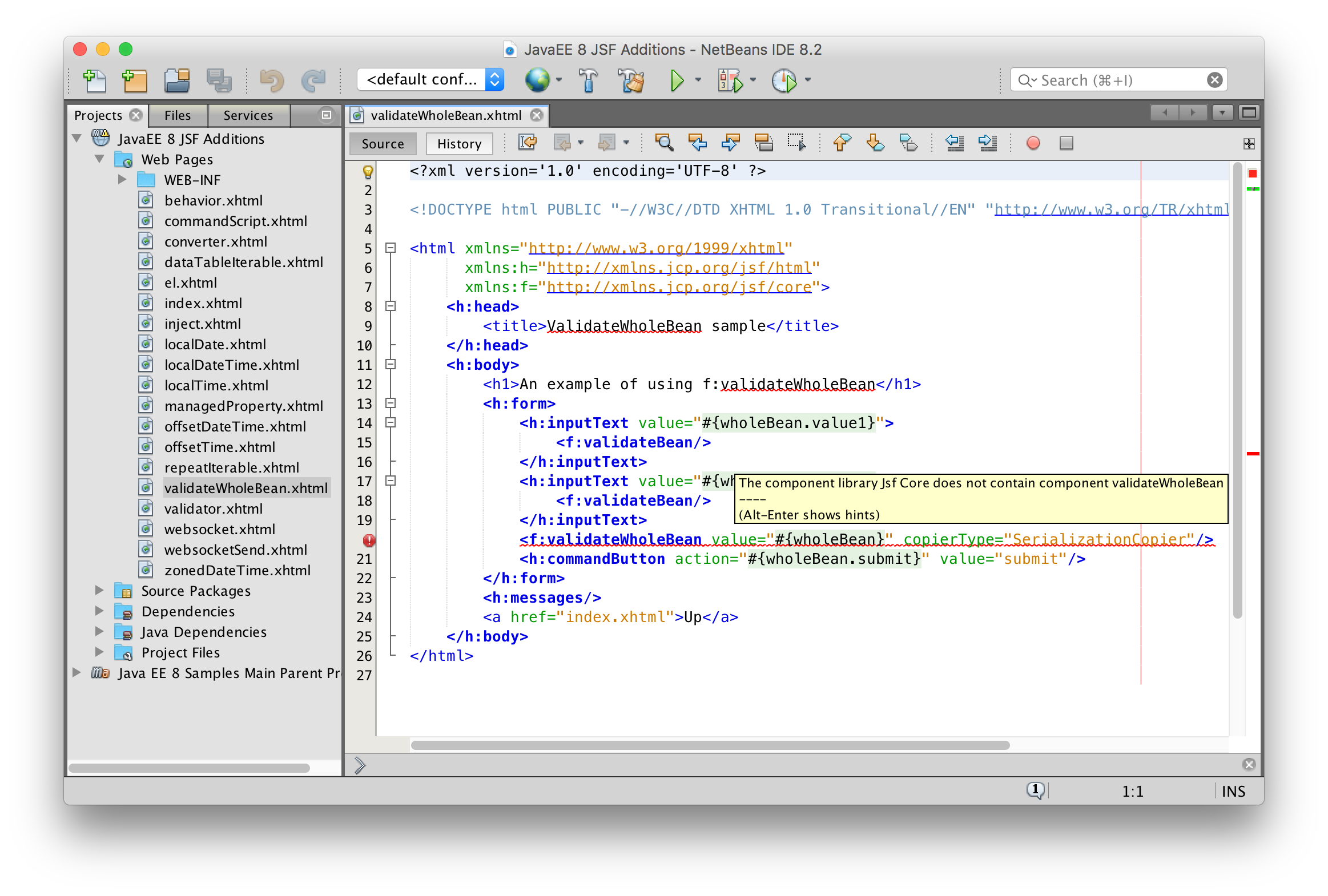