This Jira is related with and

There were discussions about the DFS or BFS algorithm for maven resolver in , Changing to BFS would make  &  much easier to implement. Here is the plan for multiple changes requested recently:

When comes to resolve the huge amount of dependencies of an enterprise level project, the maven resolver is very slow to resolve the dependency graph/tree. Take one of our app as example, it could take 10minutes+ and 16G memory to print out the result of mvn dependency:tree.

By checking the code, we know the exclusion is also part of the cache key. This means when the exclusions up the tree differs, the cached resolution result for the same GAV won't be picked up and need s to be recalculated. 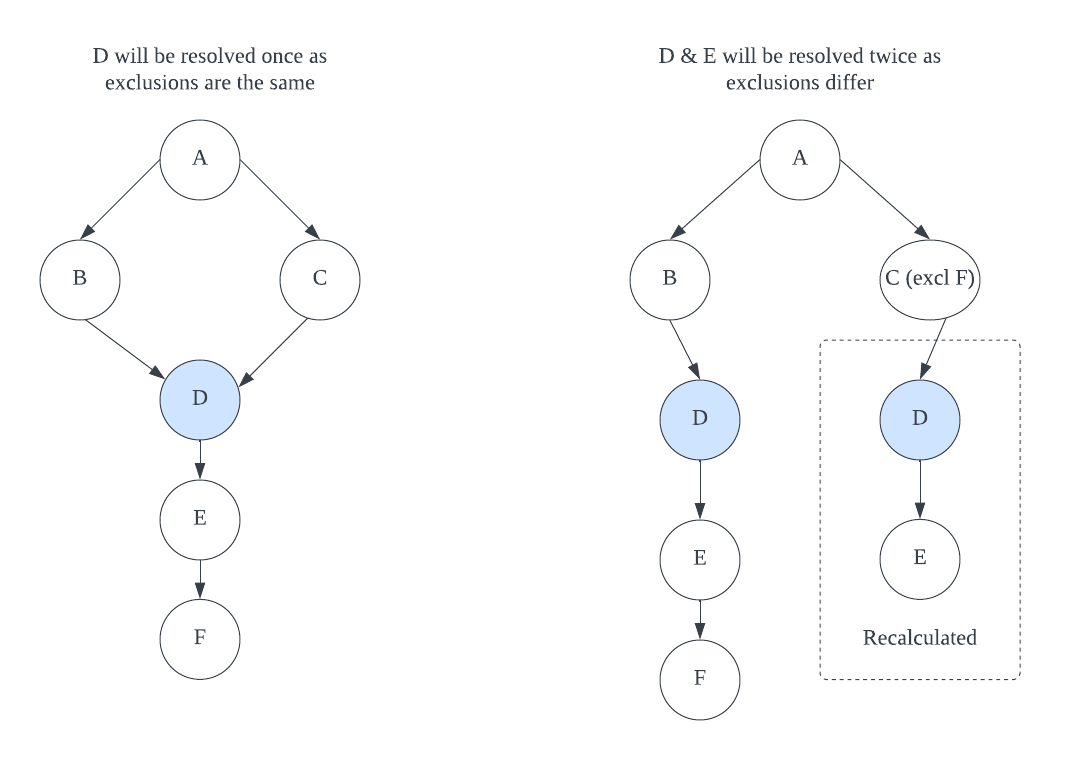 From above figure, we know: 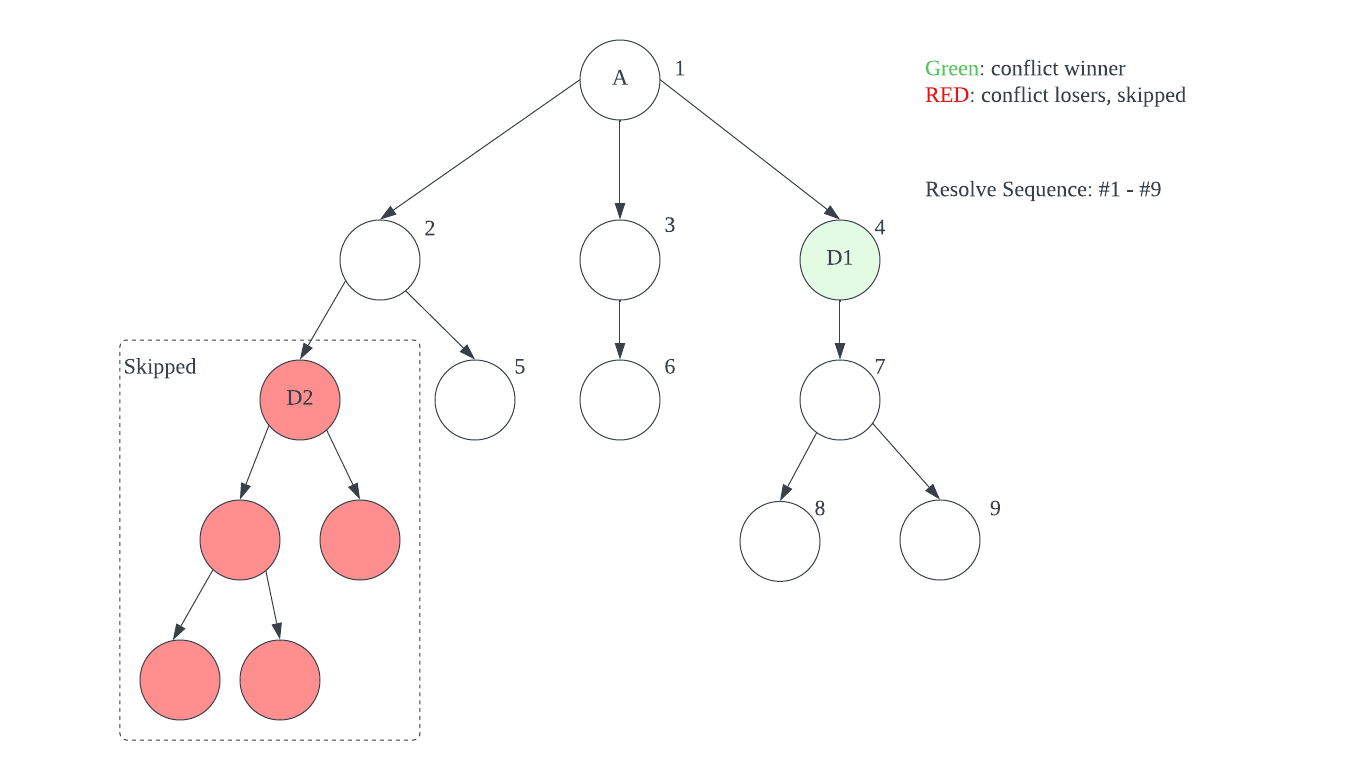 After we enabled the resolver patch in maven, we are seeing 10% ~70% build time reduced for different projects depend on how complex the dependencies are, and the result of mvn dependency:tree and mvn dependency:list remain the same.