I am a complete beginner trying to build Lucene from source on IntelliJ IDEA IDE . Creating issue this as I have already tried it for a couple of days now.

I have one question mainly:

I followed the instructions on the website but the assemble task fails in IntelliJ IDE. I am working on Windows 10 Home, 64 bit.

In the project root directory ( lucene-solr ) cloned from git:

on ubuntu 18.04 container on Windows via WSL2, the following works.

The build is successful

Then, I tried on Windows cmd ( command line ) by executing the following

This time around, though I got an error which said 'command 'perl'' failed. So I installed Strawberry perl on Windows 10. I guess perl is available out of box in most linux distros, so it works by default. After installing perl, the build was successful, so it works via Windows cmdline.

Then I went on to try it out in IntelliJ IDEA IDE on Windows 10. The only reason I am trying to do it in IDEA is because that's the only method I know that supports CheckStyle and where navigating the code surrounding a breakpoint is easier rather than using say vim and the shell on a Linux machine. If there is any other better or preferred way (maybe like remote debugging with IDE on local Windows installation and source code and ./gradlew on remote Linux machine [haven't tried it yet] ) , please highlight that.

This is where I got a bunch of red lines in MissingDoclet.java because IntelliJ couldn't resolve it. But javadoc is indeed a part of jdk11, so I'm not sure why IntelliJ cannot resolve it.

Following is the output of the assemble task

I have attached a screenshot below of the gradle settings 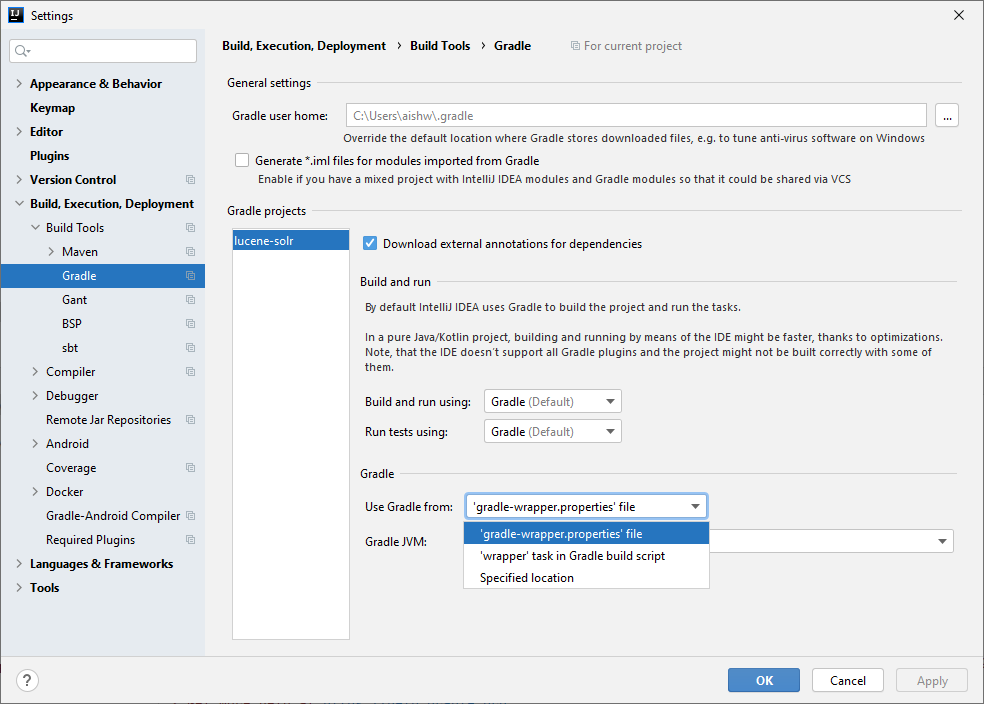 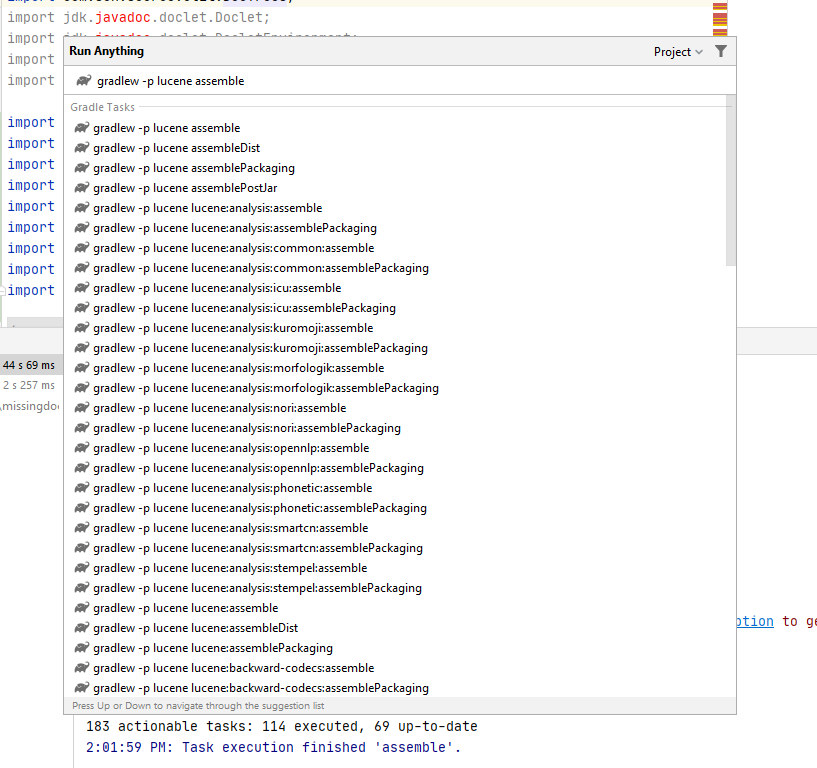 After running the above task: 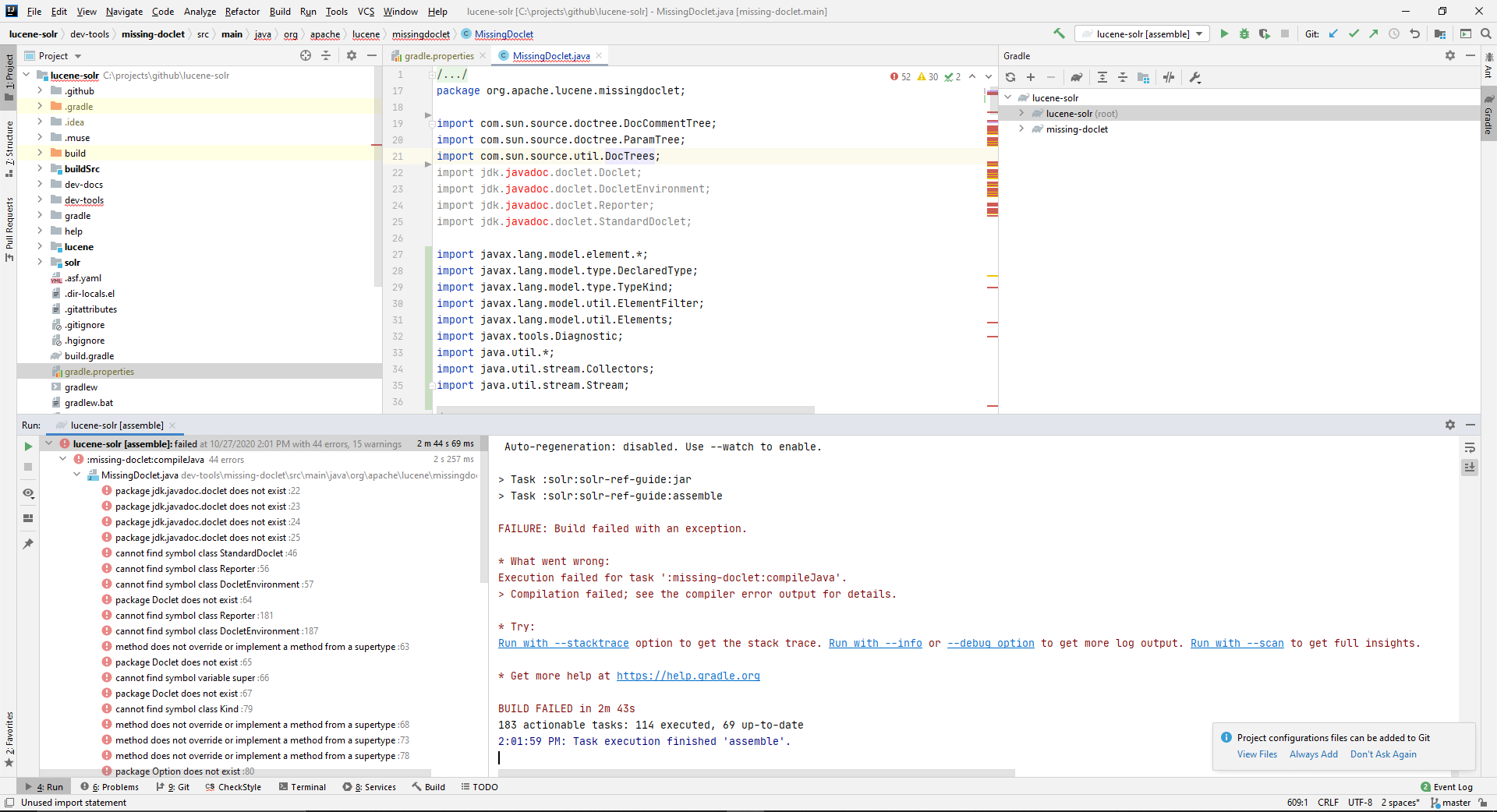 Thanks in advance, appreciate all the efforts by the community, hoping to contribute soon !