Me and jasonstack have been investigating a performance regression affecting 4.0 during a 3 nodes, RF 3 write throughput test with a timeseries like workload, as shown in this plot, where blue is 3.11 and orange is 4.0: 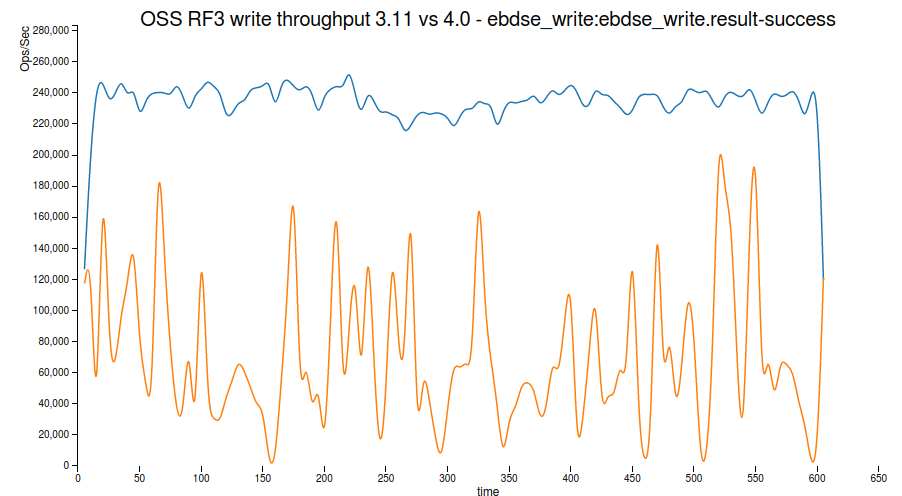 Turns out the two are related, as the on expired callback creates a huge amount of strings in the id() call. The next question is what causes all those message expirations; we thoroughly reviewed the internode messaging code and the only issue we could find so far is related to the "batch pruning" calls here and here: it seems too much time is spent on those, causing the event loop to fall behind in processing the rest of the messages, which will end up being expired. This is supported by the analysis of the collapsed stacks (after fixing the GC issue):

Those are the top 5 sampled calls from EventLoopDelivery#doRun() which spends half of its time pruning. But only a tiny portion of such pruning time is spent actually expiring:

And indeed, the PrunableArrayQueue:prune() self time is dominant:

That said, before proceeding with a PR to fix those issues, I'd like to understand: what's the reason to prune so often, rather than just when polling the message during delivery? If there's a reason I'm missing, let's talk about how to optimize pruning, otherwise let's get rid of that.