Yesterday, i  run a hive on mr task,it hangs for over nine hours,after rerun it with the same data on the same hiveserver,the task finished in 10 mins in time,i am already crazy on it.

here is the last logs for the first try(which hangs for hours):

the most weird thing is the plan.xml is different,the plans and jstack infomation are as attached.the cpu and memory is normal,while the process is so slow. 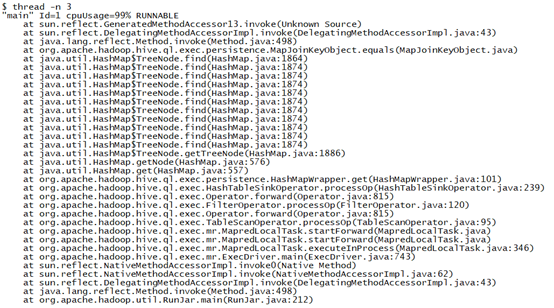 1.Do the plan.xml can be different for the same hql and the same hiveserver

Do Anyone has already met similar issues, any points will be appreciated.