After a web service request, we do this:

, to extract the Http response code, but we noticed that this only works in our case with 200 response codes from the server.

From what I could gather, it seems that the response context is not populated in cases where a 200 is not given. Example:

, which although you can't see it in the screenshot, it contains the HTTP_RESPONSE_CODE value, which it's the only thing we need, because we need to do some additional steps depending on that response code afterwards.

Right now, we're using a finicky way to obtain such http response code... the exception is a WebServiceException which contains a HTTPException which has the response code given by the server. We'd like to have a more reliable way since those exception signatures could just change over time if we update libraries / java versions we guess.

Here's the CXF dependencies in our project: 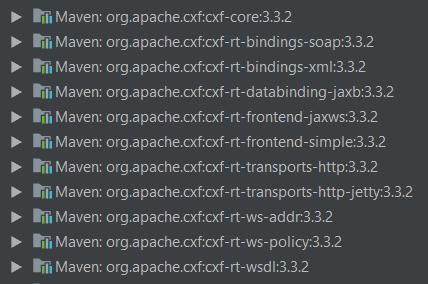 Let us know if you need to know about anything else.