We have been moving from Cassandra 2.1.18 to Cassandra 3.0.18 and have been facing an OOM two times with 3.0.18 on newly added nodes joining an existing cluster after several hours being successfully bootstrapped.

What we see is a steady increase in the OLD gen over many hours. 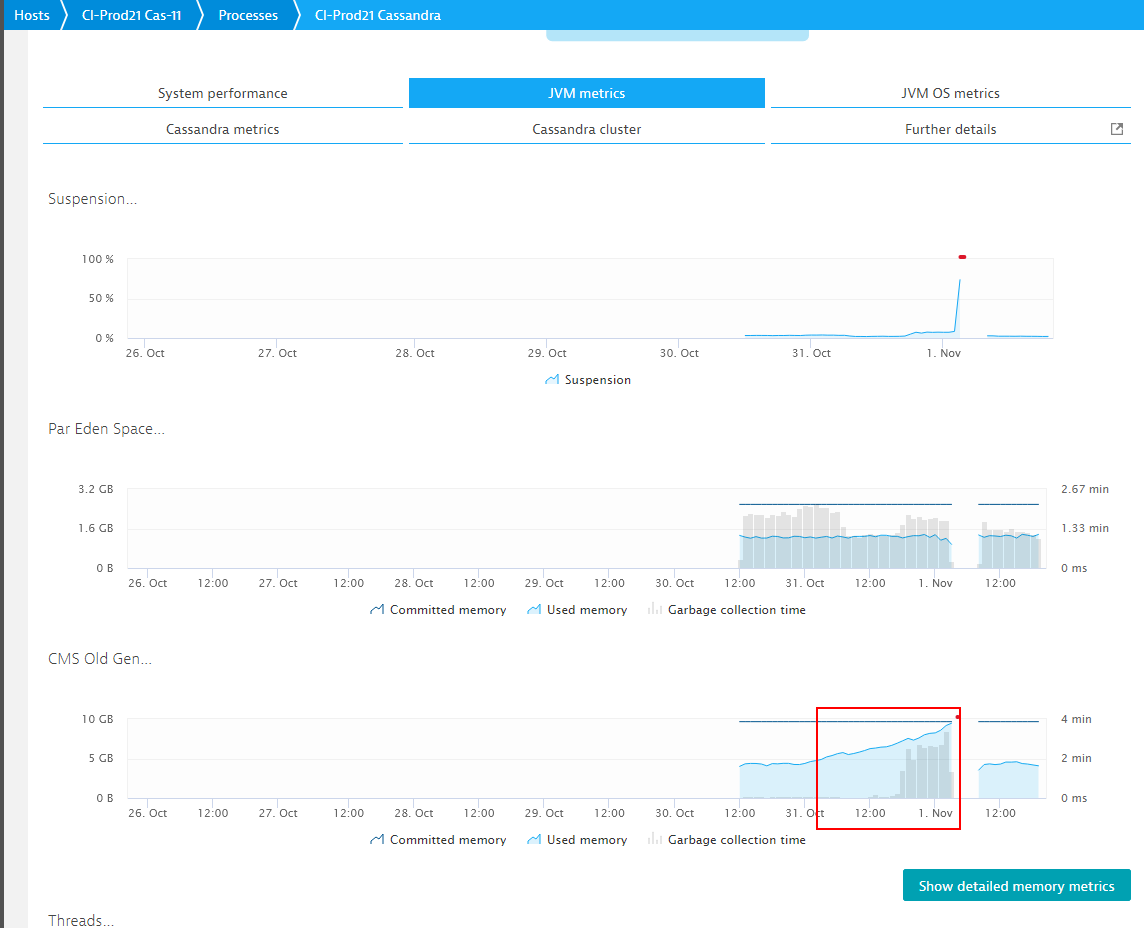 Memory-wise (on-heap) it didn't look that bad at that time, but old gen usage constantly increased.

We see a correlation in increased number of SSTables and pending compactions.

Until we reached the OOM somewhere in Nov 1 in the night. After a Cassandra startup (metric gap in the chart above), number of SSTables + pending compactions is still high, but without facing memory troubles since then.

This correlation is confirmed by the auto-generated heap dump with e.g. ~ 5K BigTableReader instances with ~ 8.7GByte retained heap in total.

Having a closer look on a single object instance, seems like each instance is ~ 2MByte in size.

We have been running with 2.1.18 for > 3 years and I can't remember dealing with such OOM in the context of extending a cluster.

While the MAT screens above are from our production cluster, we partly can reproduce this behavior in our loadtest environment (although not going full OOM there), thus I might be able to share a hprof from this non-prod environment if needed.